By DR. CHRISTOPHER MALLAVARAPU, Special to the Olean Times Herald

In October, Olean General Hospital will celebrate the five-year anniversary of the opening of its interventional cardiac catheterization laboratory. The laboratory opened in 2013 in conjunction with Kaleida Health, Upstate New York’s largest provider of cardiac services.

Since its opening, the catheterization laboratory has become a critical regional healthcare resource that has saved hundreds of lives and, at the same time, sparing thousands of patients the need to travel for interventional procedures. 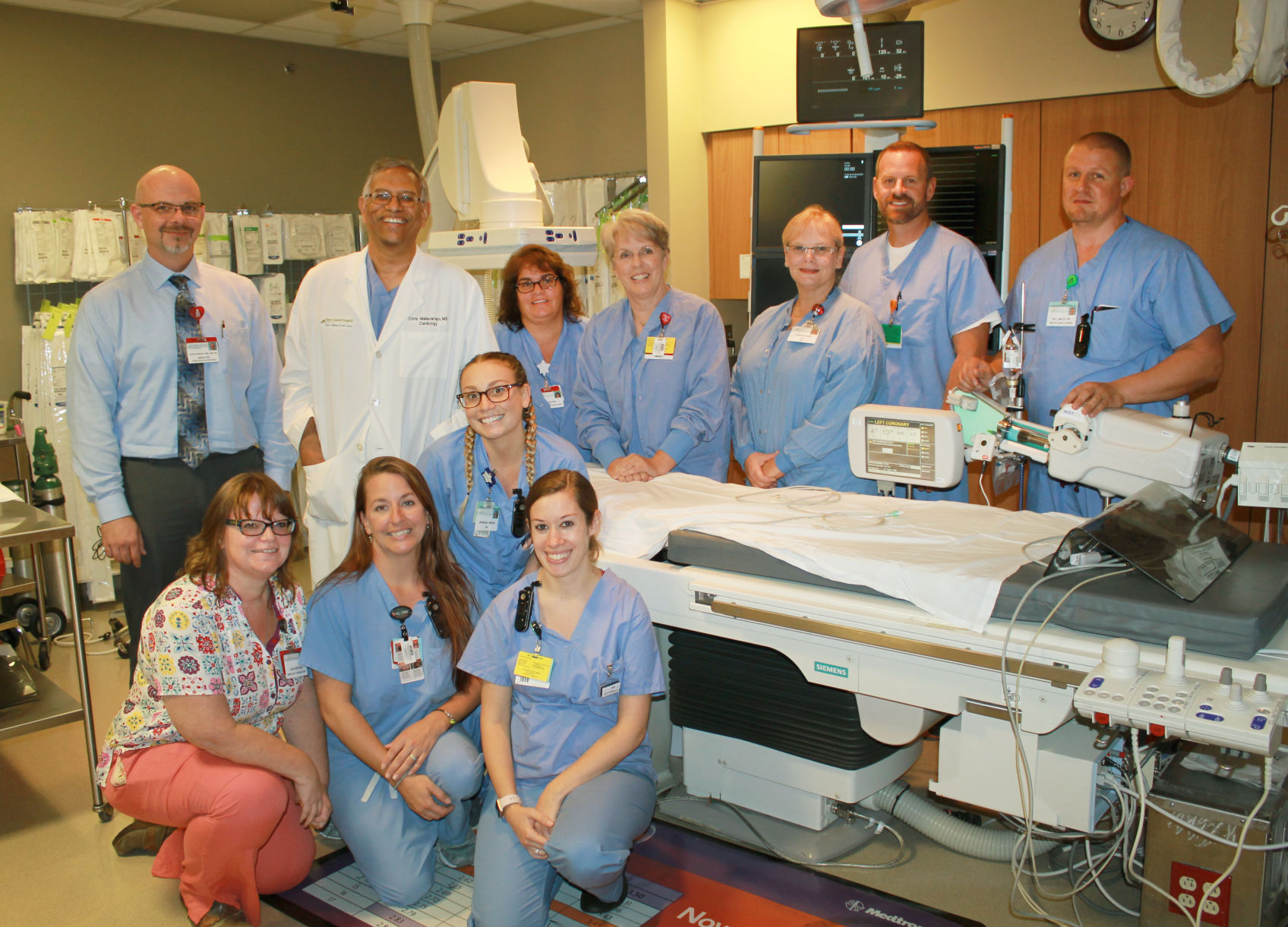 The fact that Olean General was able to procure and develop this type of life saving cardiac technology is both highly unusual and a testament to its relationship with Kaleida Health. In New York state the licensing of a cardiac catheterization laboratory involves an arduous regulatory approval process by the state Department of Health. It includes “sign off” by the state Cardiac Advisory Committee, a committee of renowned cardiac surgeons, cardiologists and related specialists from throughout the state and country that develops guidelines for the provision of hospital based cardiac care.

The licensing of new catheterization laboratories in the state is rare. The Olean General laboratory was made possible largely because of Kaleida Health’s willingness to take one of its Buffalo laboratories “off line” and re-establish it in Olean under a joint operating agreement between OGH and Kaleida. Largely because the Olean lab was a collaborative effort with Kaleida and was not “additive” to New York state’s existing complement of catheterization laboratories, the lab was approved.

When it comes to dying from heart disease, Cattaraugus County is one of the worst counties in New York state. This unfortunate reality underscores the significance of the Olean General catheterization lab. In just five years approximately 3,000 cardiac catheterizations have been performed in Olean. Of this total more than 800 have been angioplasties and more than 400 procedures have been performed on patients having active heart attacks.

It needs to be noted that the outcomes in the Olean catheterization lab are excellent.

Nearly all cardiac catheterization procedures at OGH are done radially, meaning insertion of the catheter is done through the wrist, rather than the groin. The result is less bleeding after the procedure and quicker recovery.

Without Kaleida’s help and assistance, the Southern Tier would be without this critical and lifesaving resource. What Kaleida did for the entire region is so noteworthy and special, especially when one considers how completely uncommon it is for large tertiary and quaternary medical centers to take resources from their “motherships” and redeploy them in smaller communities outside of their urban geography. This initiative absolutely underscores Kaleida’s investment in the health and well-being of the communities throughout our region.

The bottom line is that many lives have been saved throughout the Olean area because of it.

Cardiac catheterization, or cardiac cath, as it is commonly known, is a diagnostic procedure that enables cardiologists to see clogged arteries which cause heart attacks. One of the most common procedures performed in cardiac cath labs is coronary angioplasty in which a catheter snakes a little balloon up through a patient’s coronary arteries and inflates it at the site of the blockage, squishing the obstruction up against the walls of the coronary artery and returning normal blood flow. The placement of a stent as part of the procedure assures that the artery remains open. Coronary angioplasty is also known as percutaneous coronary intervention or PCI.

Of special significance is the fact that the OGH laboratory has provided care to over 400 STEMI patients. A STEMI is a full-blown heart attack caused by the complete blockage of a coronary artery and represents a medical emergency that requires immediate treatment. The longer a patient has to wait to have their coronary arteries “opened up” after a heart attack, the more heart tissue dies. Unlike skin or hair, once heart muscle is damaged it will never grow back. Cardiologists have a phrase for this, “time is muscle.”

The biggest risk for heart damage is within the first few hours after a coronary artery closes up. Research indicates that if a coronary artery is opened up quickly, a patient will have a significantly better chance of survival and less heart muscle damage.

Prior to the OGH lab, patients needing these procedures had to be airlifted to Rochester or Buffalo. In bad weather, because of the inability to fly, patients had to be transported long distances via ambulance in snowstorms, heavy rain or fog. The long transport times often did not bode well for positive patient outcomes.

Cardiologists have a term for the length of time it takes from when heart attack patient shows up at the hospital until when the coronary angioplasty is performed: “door to balloon” time, a critical metric for physicians and hospitals wanting to improve emergency care for heart attack patients.

The American Heart Association recommends door to balloon times of 90 minutes. At OGH, the door to balloon time currently averages 57 minutes, due in large measure to the hard work and effort of not only the OGH staff but also the region’s EMS providers who have worked collaboratively with OGH since the opening of the catheterization laboratory to develop prompt and efficient communication systems between EMTs in the field and the hospital.